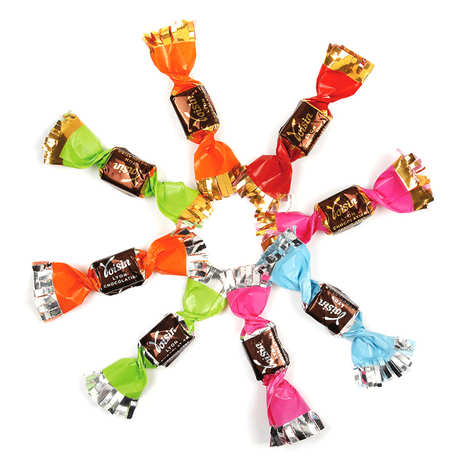 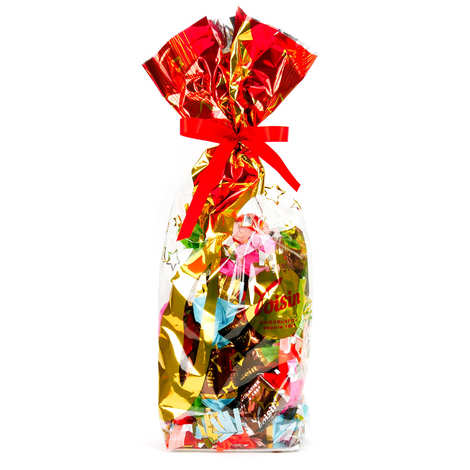 The history of the Papillote:

Papillotes were invented in Lyon last century by a confectioner named Papillot, who made chocolates and sweets in his shop in Lyon.

When he discovered that his young apprentice was sending stolen sweets wrapped in love letters to his sweetheart, Papillot was far from angry. He thought it an excellent idea, and so he began making his now-famous Papillotes de Lyon.

Made from candied fruit and chocolate, and wrapped in their traditional gold and coloured paper, these lovely Christmas sweets are guaranteed to add a little French festive flair to your Christmas table!

Monbana Chocolatier
Chocolate and Sweets Advent Calendar From Monbana
From
16.95 €