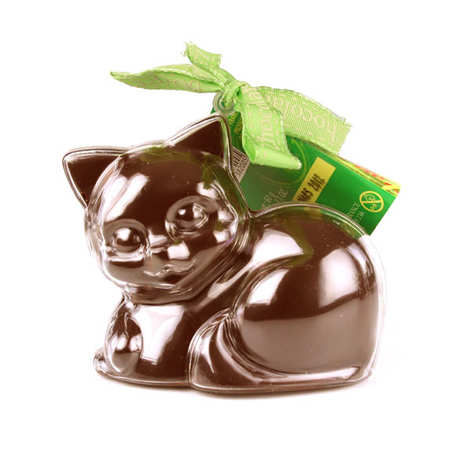 A cute Bimbi chocolate kitten in its original mould!

Fall for this kitty and his joyful eyes, that will make you happy more than once!

First by the taste of the Bovetti milk chocolate, then by everything you can do with the mould! Not only can it be used as a mould to test you as a chocolate maker, but it can also be used as a box to store a thousand treasures.