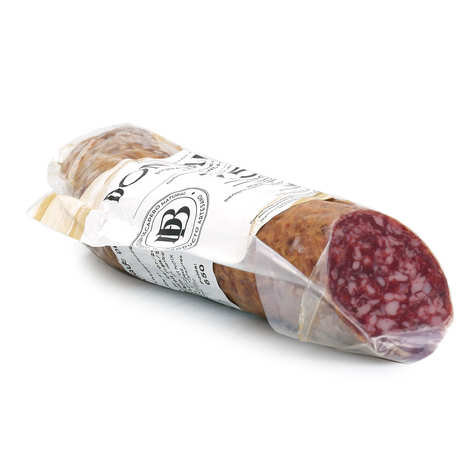 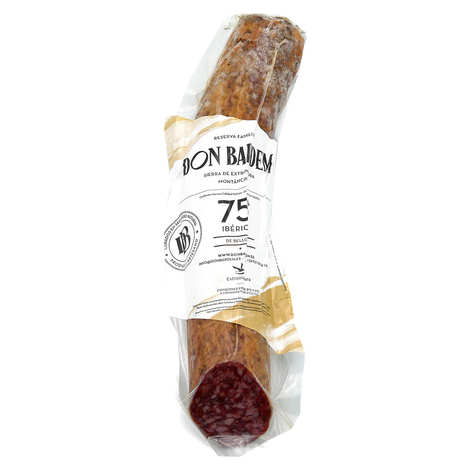 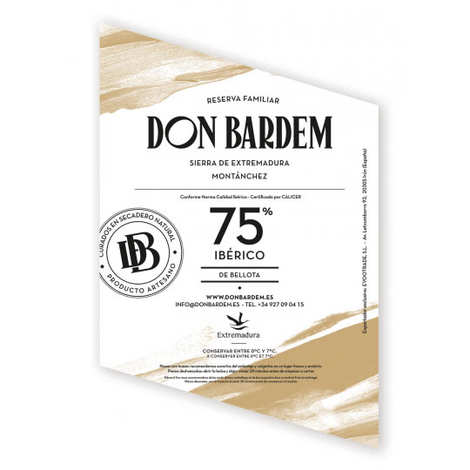 Made from the noblest parts of Iberian pigs fed on oak acorns in the Sierra, this Spanish sausage reveals all the know-how of the "maestro bodeguero" of Extremadura!

Iberian sausage is known for its hams, lomo and chorizo, but we should not underestimate the flavours of this sausage, prepared from lean Bellota Iberian pork (one of the highest quality Iberian sausages)!

To prepare it, the lean (more than 80%) and bacon from the pig are minced and seasoned. It is then matured in the dry and particularly favourable climate of Extremadura, in the south of Spain. Pleasure guaranteed!

Iberian cured meats are renowned for their superior quality, made possible by the breed of Iberian pig and its well-developed intramuscular fat, which gives it its juicy side, as well as the natural feed from the pastures of the Spanish Dehesas, large expanses where the pigs roam freely and feast on the abundance of oak acorns.