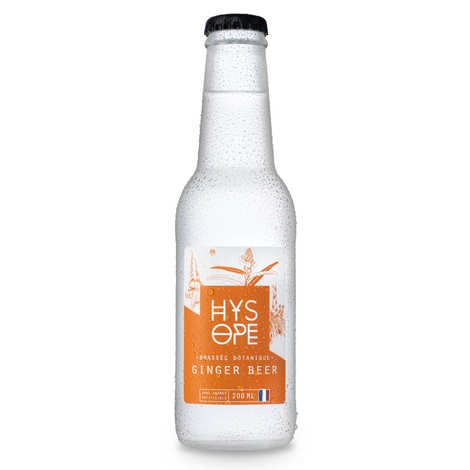 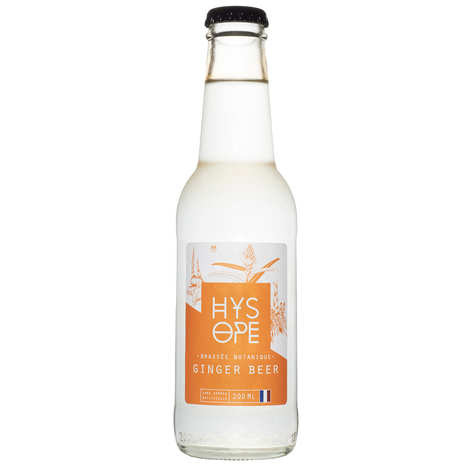 Small canister in the bottle, Hyssop's ginger beer is a 100% natural alcohol-free fermented soda. Cousin of the tonic water, conceived with the same recipe by replacing the quiquina by ginger, and thus erasing the bitterness, the ginger beer is perfect to quench your thirst during the strong heats. It is a perfect alcohol-free alternative to beer, which also works well in cocktails and mocktails.

Carefully selected, the ginger beers produced in India bring freshness at the beginning of the tasting, then the spicy touch that is their own at the end of the mouth. Whether you like them for their spicy taste or for their aphrodisiac and protective virtues of natural defences, you will love them in this soda.

To be enjoyed on its own with ice cubes when it is very hot, or in a more muffled atmosphere in long drinks with a Moscow Mule or a Dark and Stormy (to be enjoyed in moderation).

The Moscow Mule, all in freshness

Cocktail invented in the USA, its composition is simple and its recipe is foolproof. Purists will serve it in a copper cup, but you can also serve it in a long drink glass.

Fill the glasses with ice, pour 50 ml of vodka, 12 ml of lime juice into each one and copmplete with the ginger beer. Mix lightly and decorate with a slice of lime and a sprig of fresh mint.

The Dark and Stormy, a cocktail with a troubling touch

To be served in a rum or whisky glass, this cocktail has a surprising look: the rum remains suspended at the top of the glass, forming a small dark and stormy cloud, giving the cocktail its name!

To make a glass, you need :

Pour the ginger beer into a glass previously filled with ice cubes.

Pour the Kraken Black Spiced Rum over the ice cubes so that it settles on the surface.

Add 2 squeezed lime wedges and garnish with a mint head and a slice of ginger.

Stemming from the know-how of French flavourists and bottlers, Hysope offers the French mixology scene a range of organic tonic waters that goes with everything! Gin, whisky, vodka, cognac or liqueur, Hysope tonic waters will sublimate the finest spirits and bring a nice twist to your cocktails!

By sourcing noble ingredients and extracting their quintessence, Hysope has sought to preserve the maximum naturalness of the products that make up its recipes.