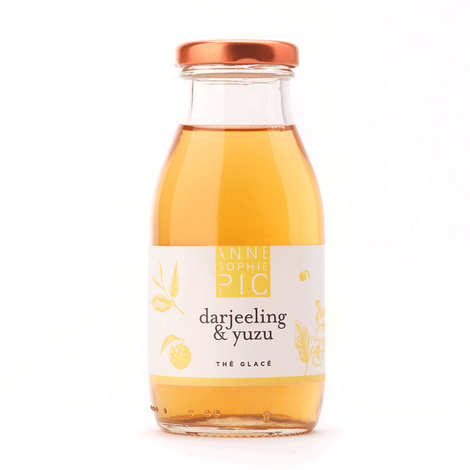 The bitterness of Darjeeling meets that of Yuzu in this exceptional iced tea.

This black tea, one of the most prestigious in the world, comes from "Margaret's Hope Garden", one of the most renowned estates, established on the borders of India, between 950 and 1830m altitude. It offers all the fullness of its floral notes, amplified by the spicy tones of yuzu lemon, this singular Japanese citrus fruit.