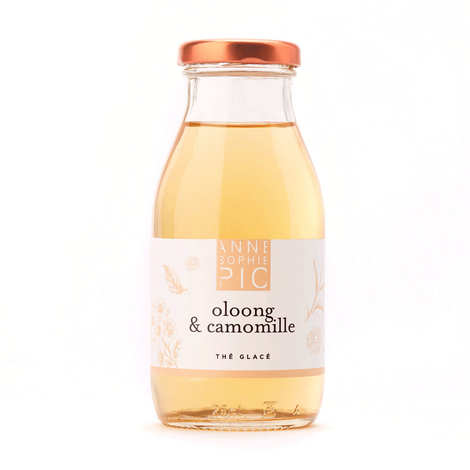 Low in theine and relaxing thanks to chamomile, this is the wellness drink you want to sip throughout the day!

Anne-Sophie Pic discovered oolong during a trip to Taiwan, which is nicknamed the "crow-dragon" there. Halfway between green tea and black tea, semi-oxidized, it reveals a complex aromatic palette, softened by chamomile. But this doesn't stop at sweetness, it also brings its aromas close to exotic fruits, with a springtime and floral spirit.