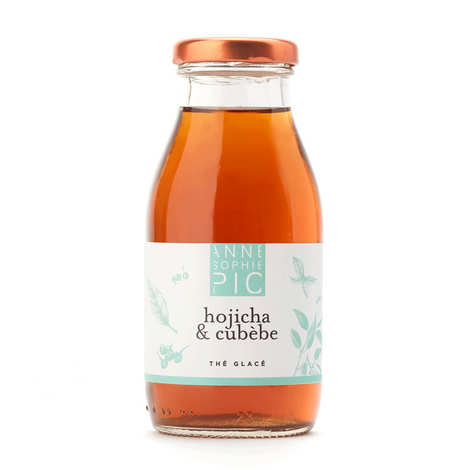 Green tea and pepper combine in a beautiful marriage of character, which makes this iced tea a drink of pleasure.

This blend of roasted Hojicha green tea and Cubeb pepper, originally from Indonesia, was jointly imagined in 2015 by Anne-Sophie Pic and Maki Maruyama. The stems of the Hojicha tea leaf offer their warm, woody tonalities, subtly evoking coffee, and blend with the iodine notes that are so typical of Japanese green tea. This is counterbalanced by the minty freshness of the spice's tail berries. What a marriage of character!

Belvoir
Sparkling with organic elderflower
From
1.95 €