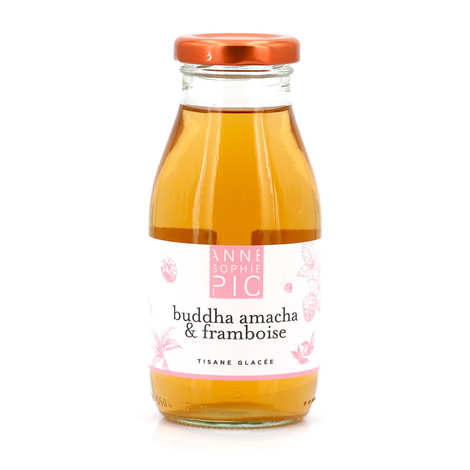 An iced tea blending the sweet notes and sweetness of Buddha amacha with a hint of raspberry acidity, for the delight of gourmets!

This iced tea is not quite a tea, Amacha Buddha is rather an infusion of crushed and fermented leaves of Hydrangea Serrata, a Japanese hydrangea.

Like the chef, you will appreciate its gourmet side, and its naturally sweet taste, which comes from phyllodulcine, a native sweetener. The pleasant acidity of raspberry vinegar tickles this sweetness with licorice accents.