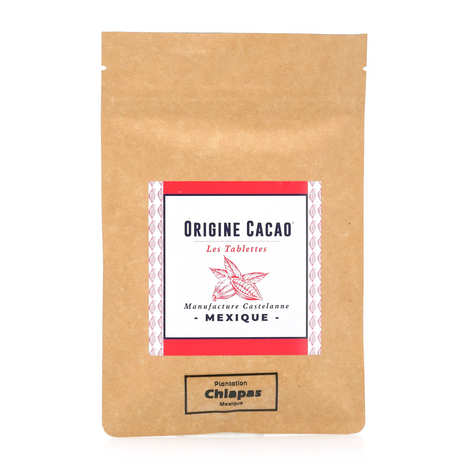 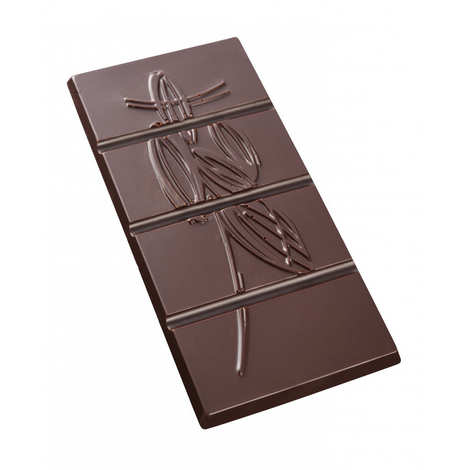 A bar of Single Blend dark chocolate from Mexico, with notes of olives, orange and orange blossom.

In the shade of Sierre Madre in Mexico, the 14 producers of the Criollos Trinitarios plantation harvest the Chaiapas coffee beans from October to December. This is followed by 4 days of fermentation, with mixing 3 times a day.

This tablet is part of the Bean to Bar selection: 21 vintage vintages from the 4 corners of the world. The Maison Castelanne assures for this blend all the stages of the production of the bar, from the roasting of the bean to the moulding and coating.

To preserve all its flavour, avoid putting it in the fridge.

Castelanne is a chocolate factory which was founded in Nantes in 1983. Today, there are several shops in the same town, their products are sold in France and abroad and they have the privilege of being among the 15 best chocolate makers in France.