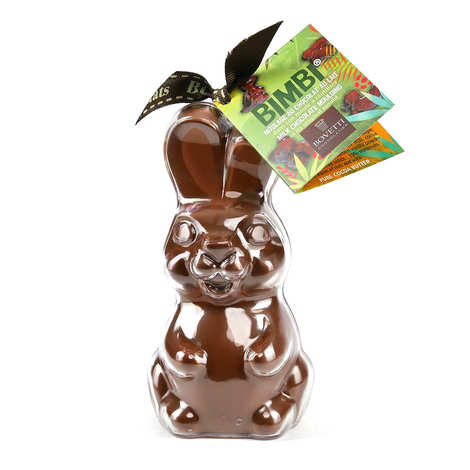 The cutest of rabbits, crunchy and chewable! In its reusable mold

Ears sticking out, a snub nose? A delicious milk chocolate bunny moulding to be savoured first by the taste of Bovetti milk chocolate.

Then by all you can do with the reusable mould! Not only can you use it as a mould to test yourself as a chocolate maker, but it can also be used as a box to store a thousand treasures!