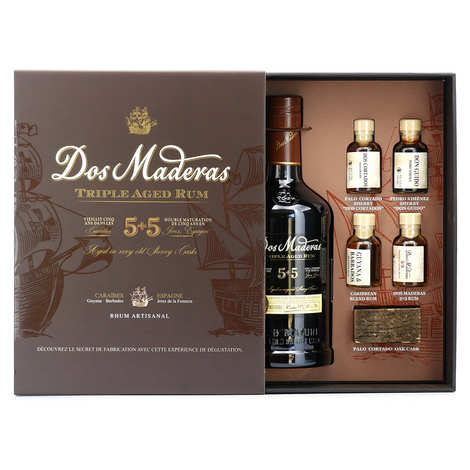 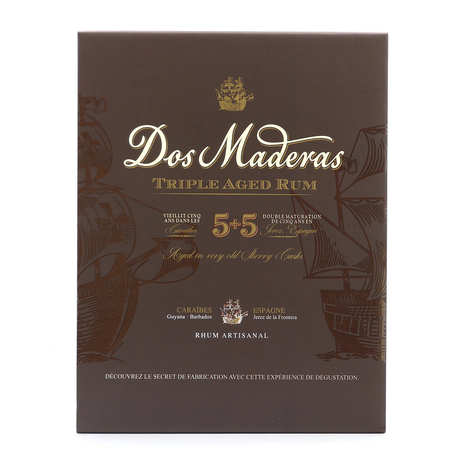 An ideal box to understand all the steps necessary to make one of the best rums of Dos Maderas distillery.

This set includes a bottle of rum 5+5 and 4 mignonettes. This rum is originally a blend of rums from Barbados and Guyana, first aged in the Caribbean for 5 years. It will then cross the Atlantic to age in old barrels that have contained Don Cortados Sherry and then Don Guido, in the hot and dry climate of Spain.

To appreciate the complexity of the numerous aromas of this bottle, the box contains 4 mignonettes from the different stages:

An ideal gift for lovers of good rums.

Tasting notes from the supplier