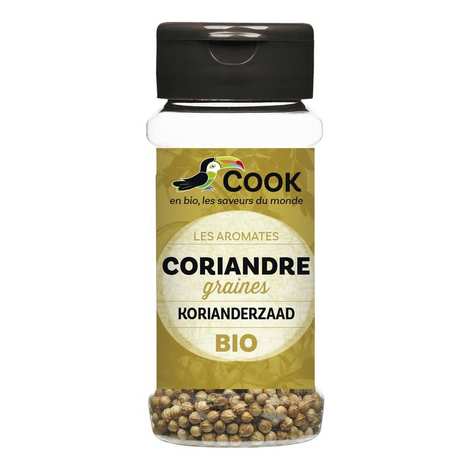 Ideal in your tagines, terrines or curry pastes.

Coriander is an annual herb in the family Apiaceae. The name 'coriander' in a culinary context may refer to either the seeds of the plant (used as a spice), or to its leaves (used as a herb); however, in North American countries the name Cilantro is given to the leaves. Coriander is native to south-western Asia and west to north Africa. The dry fruits are known as coriander seeds or coriandi seeds. In some regions, the use of the word coriander in food preparation always refers to these seeds (as a spice), rather than to the plant itself. The seeds have a lemony citrus flavour when crushed, due to the presence of the terpenes linalool and pinene. It is also described as warm, nutty, spicy, and orange-flavoured. They are usually dried but can be eaten green.

Terre Exotique
Weekend suitcase - 12 classics of salt, pepper and spices
The suitcase and its...
125.00 €