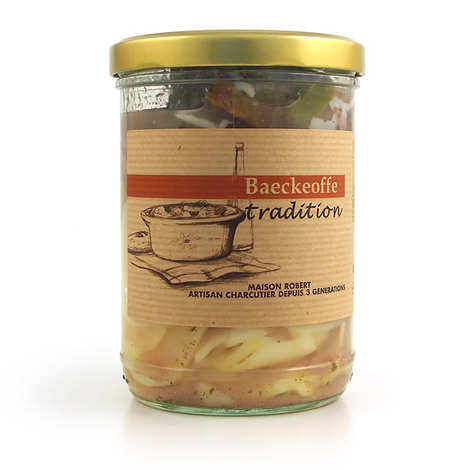 A rich pork casserole made with white wine

A bourgeois dish that was reserved for Sundays, the Baeckeoffe was prepared by the lady of the house and deposited at the baker's as the family made their way to church. The baker placed the dish in his bread oven and the dish was allowed to simmer for up to three hours. Later, the tradition changed and the dish was prepared on Monday, washing day. The children dropped off the dish at the baker's before going to school, and they fetched it after school.

The Robert Company, traditional pork butchers for three generations, is responsible for this version of the Baeckeoffe, so you won't need to disturb the baker!