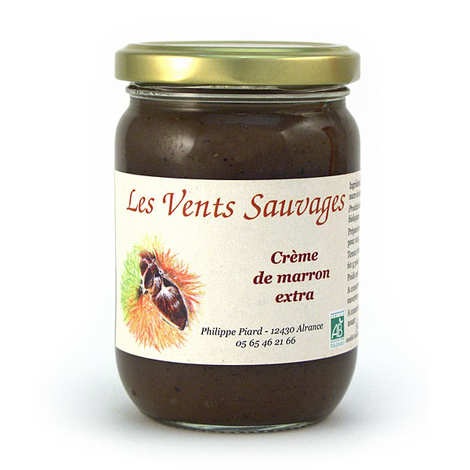 Once upon a time, chestnuts were the staple food and cash crop in the south central area of France. Today, this humble fruit has become much sought after for its delicious flavour and versatility.

This chestnut cream from “les Vents Sauvages” is made from meticulously selected fruits. Its low sugar content and its quick cooking time preserve all the qualities and the taste of chestnut.

Serve simply with fromage frais or use as a base to make tasty deserts.

Mix together all the ingredients, except for the chestnut cream. Spoon the mixture into muffin tins lined with paper cupcake cups. Top each muffin with a teaspoon of chestnut cream, and mix gently into the muffin mixture.