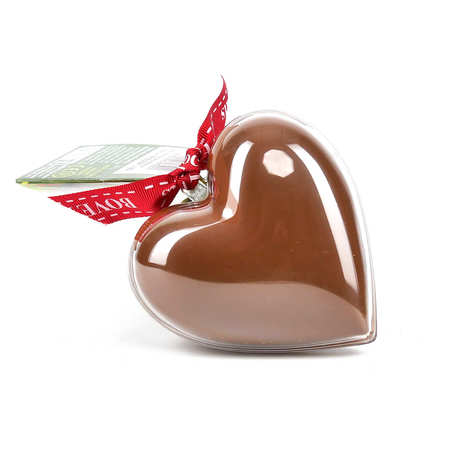 This chocolate heart will make yours pound happily for ours !

First thanks to the taste of the Bovetti milk chocolate, then by everything you can do with the mould! Not only can it be used as a mould to test you as a chocolate maker, but it can also be used as a box to store a thousand treasures.

Confiserie Afchain
Cambrai Betises with lemon and orange in their round box
75g Grand Mother's...
4.90 €