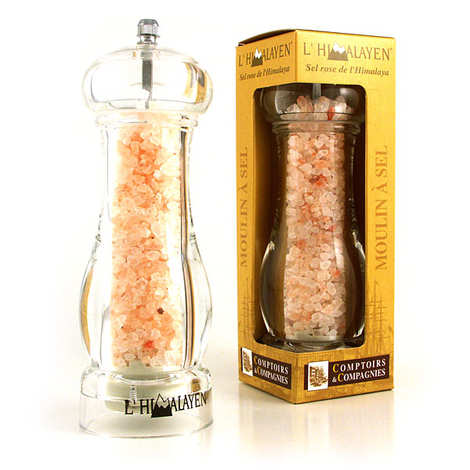 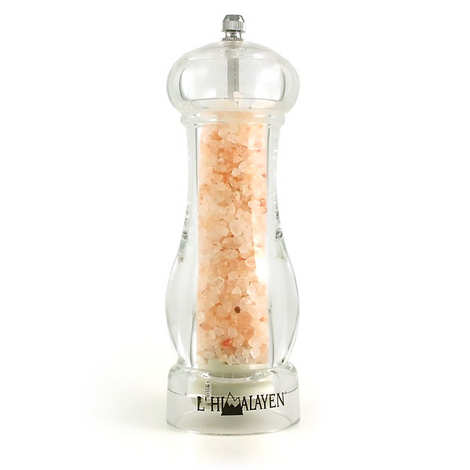 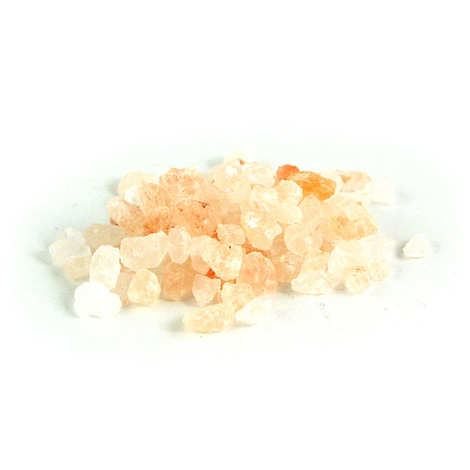 Discover the flavor of pink Himalayan salt and enjoy the beautiful color of its crystals with this large transparent mill which will find its place on your table.

This pink Himalayan salt is 200 million years old. The Himalayas are the result of the collision of the Indo-Australian and Eurasian plates, which caused the disappearance of the former Thetys ocean. When its water slowly evaporated, salt crystals were deposited on the slopes of the emerging mountains. This pink salt is rich in minerals and trace elements (potassium, sodium, magnesium, calcium, iron, and copper). This is a highly pure 'fossil' salt. Himalayan tribes used to carry it from the Himalayan mines down to the valleys on the back of their yaks.

Serving suggestion: Grind over meat, fish or vegetable dishes to enhance their flavour.

This pink salt is presented in a beautiful crystal polycarbonate mill to help preserve its well-rounded flavour.