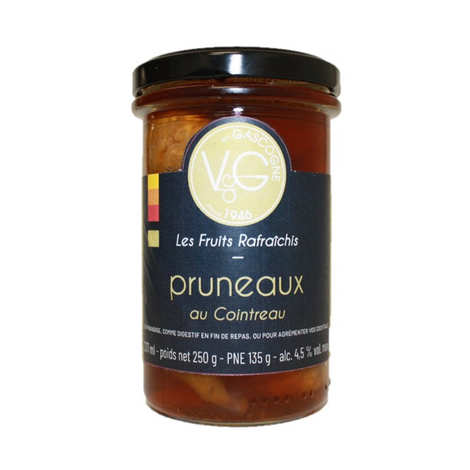 A delicious recipe made with prunes and Cointreau which perfectly suit togethers.

Did you know that... The Romans and Welsh were amongst the first Western people to cultivate the plum tree, which came from China by the Silk Route. However, the Ente plum tree - which is used for prunes - started to be cultivated in Europe only during the 13th century. From the 17th century on, plums were sent from Agen (in France) throughout Europe.

Priméal
Organic Cooked Chestnuts from Ardèche Ready to Cook
From
8.75 €